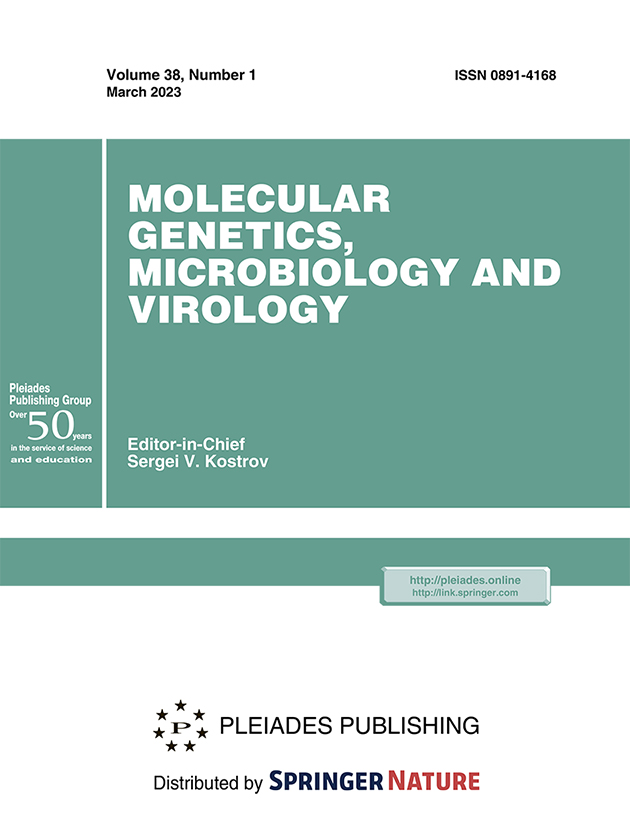 Molecular Genetics, Microbiology and Virology  is a journal that covers most topical theoretical and applied problems of molecular genetics of pro- and eukaryotic organisms, molecular microbiology and molecular virology. An important part the journal assigns to investigations of the genetic apparatus of microorganisms, searching for forms of genetic exchange, genetic mapping of pathogenic causative agents, to ascertainment of the structure and functions of extrachromosomal factors of heredity and migratory genetic elements, to theoretical studies into the mechanisms of genetic regulation. The journal publishes results of research on molecular and genetic bases of an eukaryotic cell, functioning of chromosomes and chromatin, nature of genetic changes in malignization and a set of hereditary diseases. On the pages of the journal there is covered the formulation of molecular bases of virology including issues of integration of viral and cellular genomes, and issues of persistence. The journal plans to put materials on genetic engineering, envisaging synthesis and isolation of genes from natural reservoirs, creation of plasmid- and virus-based vector, production of recombinant DNA molecules, the creation of Gene Banks for Microbes, animals, and human; and also on biotechnological production of hormones, components of antiviral vaccines, diagnostic and therapeutic preparations.

The journal is intended for research workers mostly in infectious pathology, teachers of higher institutes and physicians interested in the problems of molecular genetics, microbiology and virology, proteomics of cancer.