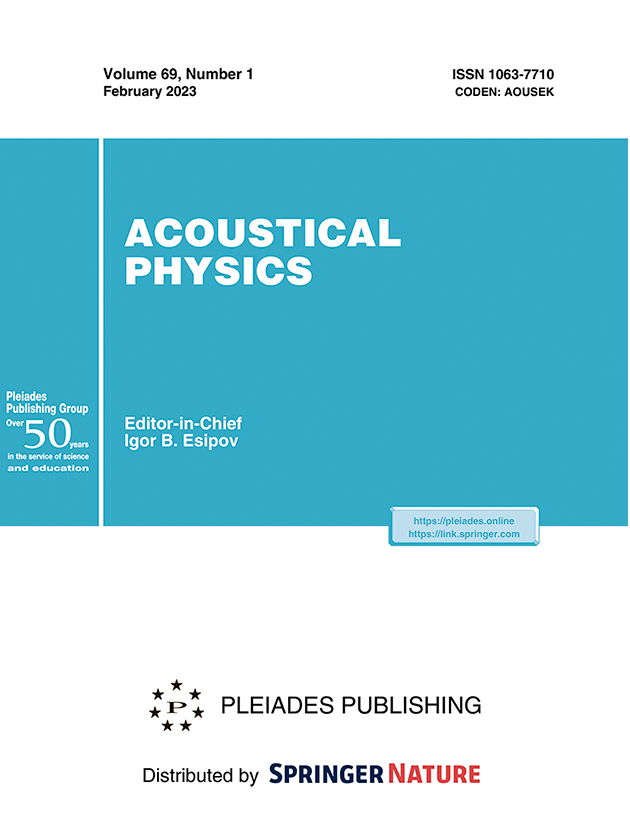 LEONID R. GAVRILOV ON THE EVENT OF HIS 80TH BIRTHDAY 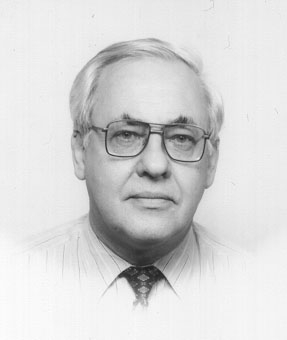 On May 25, 2018, Leonid Rafailovich Gavrilov, DSc, the Chief Research Scientist at the N.N. Andreev Acoustics Institute and a world-known expert in the field of medical acoustics, turned 80 years old.

L.R. Gavrilov grew up in Leningrad (now St Petersburg) and after graduating from high school in 1955 with a gold medal, entered the Leningrad Electrotechnical Institute (LETI), named after V.I. Ulyanov-Lenin, to study electronic engineering. After graduating from LETI in 1961, he was appointed at the newly founded Department of Hydraulic Turbines of the Central Boiler and Turbine Institution in Leningrad, named after I. Polzunov, where he developed novel instruments for measuring the parameters of model and full-scale hydraulic machines. This was interesting engineering work, but far from the science to which he was motivated and attracted from the very beginning.

An incidental meeting with Professor Alexander Pernik, a well-known expert in the field of hydrodynamic cavitation and author of the book "Problems of cavitation", interfered in Gavrilov’s life stream. Alexander advised Gavrilov to seriously engage in acoustics and try using acoustic methods to measure gas bubbles and cavitation nuclei present in water. As a result, in 1966, when Gavrilov defended his Ph.D. thesis prepared outside of a specific PhD program, the main content was the development of methods and instrumentation for cavitation, including: measuring the number and size distribution of micron-size gas bubbles in water using the reverberation method, determining the free gas content of bubbly water in a tube by measuring the phase velocity of sound, and devices for measuring the cavitation strength of liquids. In the course of this work close contacts were established with a number of experts from the Acoustics Institute in particular from the ultrasound department headed by Professor L.D. Rosenberg.

In 1967, Gavrilov moved to Moscow for family reasons, and then received an offer to work at the Department of Prof. Rosenberg, in the laboratory headed by M.G. Sirotyuk. Gavrilov continued the research on gas bubbles in liquids and became the author of one of the chapters of the third volume of three-volume monograph "High-Power Ultrasound Physics and Technology" edited by L.D. Rosenberg, which is widely known both in Russia and abroad. In addition, in 1968-69 years, he took part in the studies carried out by V.A. Akulichev, now an academician of the Russian Academy of Sciences, associated with the use of ultrasound to visualize tracks of high-energy particles in bubble chambers.

Following a government resolution in 1969 a number of ministries and related institutions were in charged with developing new models of medical equipment. Sirotyuk suggested that Gavrilov initiates research on the possibilities of using focused ultrasound in medicine. Thus beginning in 1970, comprehensive research began in various fields of medicine and physiology, and the Acoustics Institute became a leading organization in the area of medical ultrasound.

From the very beginning, the main task was the development and production of sufficient number of specialized high power ultrasonic generators and focusing radiators intended for use in clinical and experimental medicine. Major research was conducted in a number of institutions in Moscow and Leningrad and from the early 1970s Gavrilov was involved in this world-leading research on ultrasound in medicine and physiology. Measurements of cavitation thresholds in the brain tissue of animals in vivo were conducted for the first time, which helped to clarify the existing ideas about the mechanisms of the destructive action of ultrasound. The possibility of destruction of deep brain structures by exposing them to focused ultrasound through an intact skull was demonstrated. Finally, the possibility of local stimulation of surface and deep receptor structures in the human brain using short pulses of focused ultrasound was demonstrated for the first time. These results served as the foundation for the emergence of a new scientific direction, which has found useful applications in the therapy and diagnosis of various clinical indications. New results were also obtained jointly with specialists in ophthalmology, oncology, cardiology, and urology and the results were published in a series of three books. More recently the work in neuromodulation has been published in English.

In 1975, Leonid Gavrilov was elected as chairman of the section "Ultrasound in Medicine and Biology" of the Scientific Council of the Academy of Sciences of the USSR on the problem of "Ultrasound". In the following years, he and A.P. Sarvazyan, together with their colleagues in the section, were involved in organizing and conducting a number of all-union conferences and symposia on the application of ultrasound in medicine and biology. The events were held in various cities of the country (Moscow, Leningrad, Rostov-on-Don, Yerevan, Batumi, and more often in Pushchino and Veliky Ustyug). Some of these symposia were held with international participation and prominent foreign scientists that visited and presented their achievements include: Professors F. Fry, F. Dunn, C. Hill, L. Filipczinsky, E. Kikuchi, I. Hrazdira, P. Gregush, D. Watmough, W. O’Brien, and A. Williams. These events, which gathered in the 1970-80's hundreds of participants undoubtedly contributed to enhancing the level of domestic specialists in the field of ultrasound in medicine.

In 1980, the Academic Council of the Acoustics Institute elected L.R. Gavrilov as a head of a newly created laboratory of medical acoustics. In 1981 he defended his DSc dissertation on various applications of focused ultrasound in medicine and physiology. The main content of the work carried out in the 1980s was the development of focusing ultrasound equipment and conducting experiments on ultrasonic hyperthermia of tumors. After the dissolution of the USSR in the 1990s, the government program of developing new medical equipment was eliminated, funding for this research was discontinued, and most of the laboratory staff was forced to look for another job. As a result the laboratory practically disappeared.

In 1993, Leonid Gavrilov received an invitation from The Royal Society of London to reproduce his method of ultrasound stimulation of peripheral neural structures at Queen’s University, Belfast. He spent two years in Belfast and the work resulted in the publication of two joint papers, which are still often quoted in the literature. This was followed by an invitation to work at Imperial College London, to develop and fabricate a linear phased array for transrectal prostate surgery in conjunction with Prof. J. Hand. The project was carried out from 1995 to 1998 and resulted in the development of a 70-element array, which allowed a controlled displacement of the focus both along the length and the depth of the prostate. During the same period, he worked with scientists at Kent University to develop new fiber optic sensors for measuring both the intensity of ultrasound and the temperature, simultaneously at several locations in tissue.

In 1998 Gavrilov returned to Russia as Lead and then Chief research scientist of the Acoustics Institute. He maintained a collaboration with Professor Hand on array development and they published a paper showing that by using appropriately sized elements in a quasi-random arrangement it is possible to design an array which has significant improvement in the field quality and in particular a decrease in the level of potentially dangerous grating lobes. Such randomization of the array elements distribution has become the subject of four international patents and today many two-dimensional arrays developed for ultrasound surgery applications are designed in accordance with these recommendations.

Since the early 2000's Gavrilov has conducted his major studies through a collaboration with the Department of Acoustics of the Faculty of Physics of Moscow State University, Moscow, Russia, headed by academician O.V. Rudenko, and more specifically with DScs V.A. Khokhlova and O.A. Sapozhnikov, as well as with their younger colleagues, graduate and undergraduate students. The main content of these joint studies is the implementation of ultrasound surgery using high-intensity ultrasound in the most challenging conditions, when the convergent ultrasound beam is directed through significant acoustic obstacles such as ribs or skull bones that are inhomogeneous in thickness and acoustic properties and have extremely high attenuation. Together with Imperial College, London, a high power two-dimensional array consisting of 254 elements and the same number of feed channels was developed and manufactured. Using this array, the possibility of ablating liver tissue behind the ribs was demonstrated and the resulting effects such as focal splitting were investigated. A method for measuring the intensity of acoustic fields using a digital infrared camera was proposed and tested in experiments, an analytical method was developed for calculating and evaluating the quality of acoustic fields of multi-element therapeutic arrays, methods for increasing the filling density of elements of randomized arrays, as well as approaches for reducing the overheating of skull bones when irradiating brain structures were developed.

Leonid Gavrilov is the author or co-author of 6 books, more than 200 papers and more than 20 copyright certificates and patents. In 1988 he was presented with the Pioneer Award of the World Federation of Ultrasound in Medicine and Biology and the American Institute of Ultrasound in Medicine in recognition of contributions to the development of ultrasound. He is co-chairman of the medical and biological section of the Russian Acoustical Society, as well as a member of the Editorial board of the international Journal of Therapeutic Ultrasound.

We warmly congratulate Leonid on his 80th birthday and wish him many happy returns.